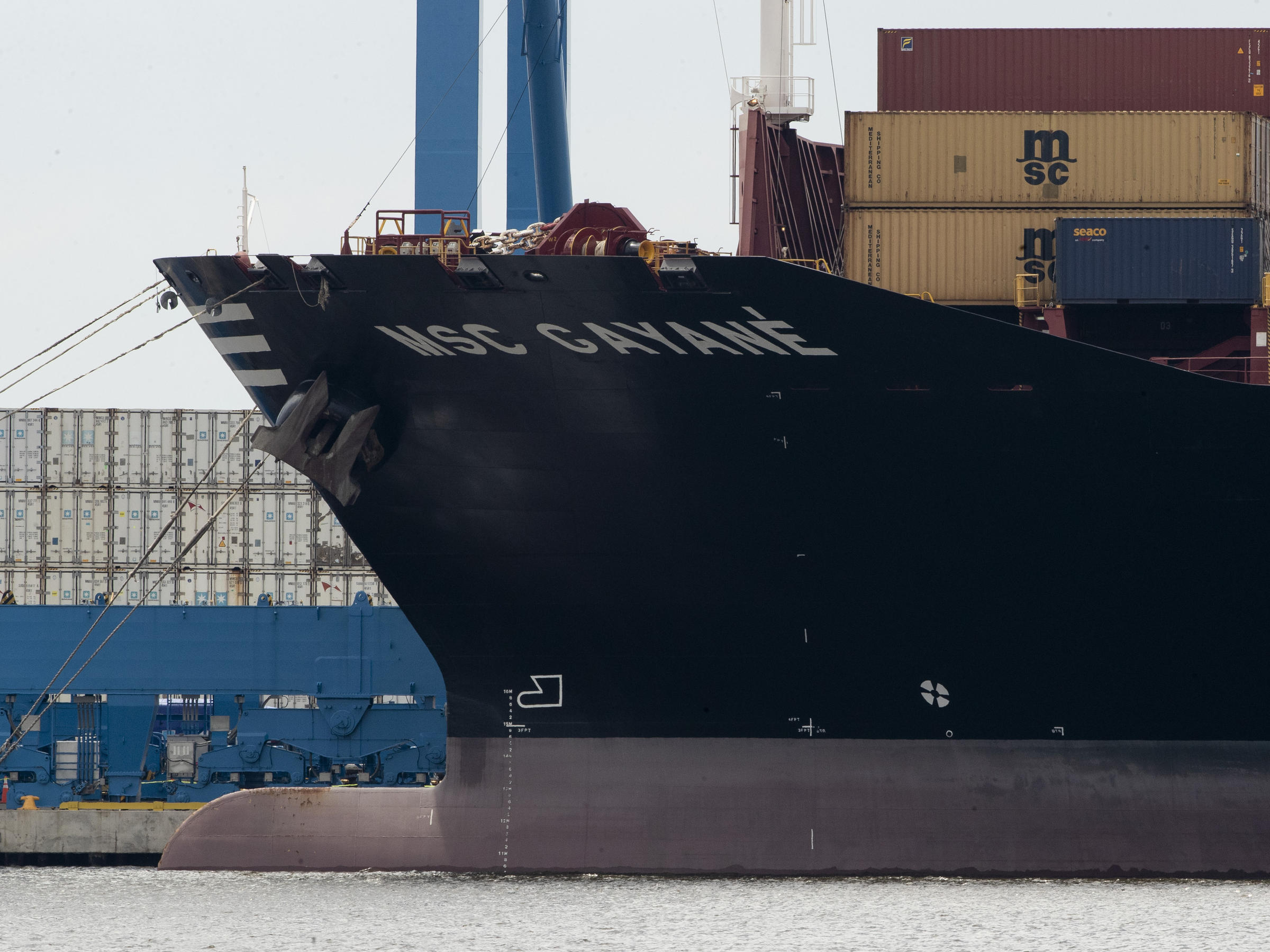 Box line says customers should only expect ‘minimal disruption’ brought by certification suspension, as it seeks to persuade US customs authorities to reinstate its low-risk status

Mediterranean Shipping Co has had a key US customs designation suspended after drugs valued at $1bn were seized on one of its vessels at the Port of Philadelphia.

The US Attorney’s Office has described the 16.5 tonnes of cocaine found in seven containers on the 3,398 teu MSC Gayane asthe largest drug seizure in the history of the Eastern District of Pennsylvania.

“MSC in Geneva has confirmed today that their CTPAT status is suspended but not revoked,’’ Maersk — MSC’s partner in the 2M alliance — said in a customer advisory.

“CTPAT members are considered to be low risk and less likely to have cargo examined at a US port of entry,” said the Danish line, which is itself a CTPAT member.

The drugs were discovered on MSC Gayane on June 17. At least two members of the crew were arrested and face federal charges, according to the Associated Press.

“We are working with MSC to identify what corrective actions they are taking to address US Customs concerns,’’ Maersk said. “It is still too early to speculate on US customs response to MSC vessels and impact on MSC port efficiencies.”

It added its 2M partner didn’t expect any impact to operations in the short term while all current port calls and operations were proceeding with no delays, while Maersk’s own vessels were not facing any issues in the US ports for now.

MSC confirmed the suspension of its CTPAT status in a separate customer advisory released on Thursday, but said the action had not restricted the company from operating in the US markets or engaging with the customers.

The Geneva-based carrier said customers should only expect “minimal disruption” brought by the CTPAT certification issue.

“For example, there could possibly be additional inspections on certain containers coming from South and Central America to the USA. There will be no impact on customs clearance for cargo, which is flowing regularly in and out of the USA.”

“We are actively seeking to assure the authorities that our certification can be reinstated as soon as possible.” MSC added.

MSC said in a statement on June 18 that it “takes this matter very seriously and is grateful to the authorities for identifying any suspected abuse of its services”.

“Unfortunately, shipping and logistics companies are from time to time affected by trafficking problems,’’ it said. “MSC has a longstanding history of co-operating with US federal law enforcement agencies to help disrupt illegal narcotics trafficking and works closely with US Customs and Border Protection.”