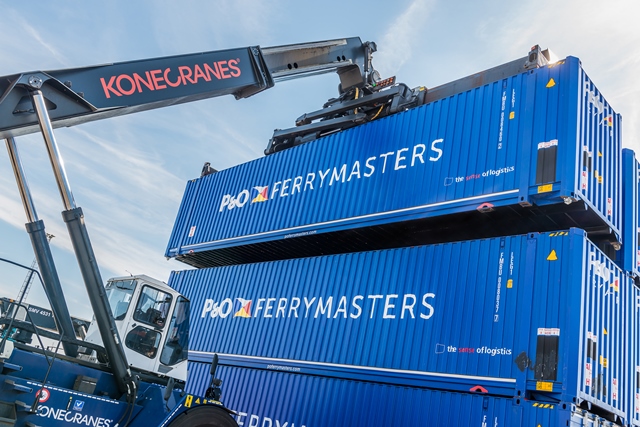 P&O Ferrymasters also plans to launch services between Oradea and Constanta, linking Central Eastern Europe to the Black Sea, and expand its services into Bulgaria, Serbia, Greece and Turkey, thereby making its network one of the most expansive in Europe

P&O FERRYMASTERS today is pleased to announce it has launched a new intermodal service between its privately-owned terminal in Oradea (RO) and Lodz (PL). The expansion to Lodz, one of P&O Ferrymaster’s most central bases for its customers in Poland, follows the company’s significant success to enter the Central and Eastern European Markets, in addition to the already operational connections between Oradea and Zeebrugge and Piacenza.

P&O Ferrymasters also plans to launch services between Oradea and Constanta, linking Central Eastern Europe to the Black Sea, and expand its services into Bulgaria, Serbia, Greece and Turkey, thereby making its network one of the most expansive in Europe and Eurasia.

The 48-hour service will initially offer two departures each way per week, before increasing to three by mid-2020. The service will at first use containers with a maximum payload of 24 tonnes, and swap bodies will be introduced if there is enough demand. Dangerous goods (RID) can also be transported on the service.

Wim Blomme, P&O Ferrymasters’ Intermodal Director, said: “We are glad to announce a further expansion from our jointly owned terminal in Oradea into Central and Eastern Europe, by adding Poland to the already existing rail solutions we offer into Northern and Southern Europe. This expansion is supporting the substantial investments made in the Oradea terminal to upgrade the facility, with the intention to accommodate new destinations in the foreseeable future.”

P&O Ferrymasters will partner with Italy’s Transmec Group to deliver the new service. Transmec is a global provider of transport and logistics services with annual turnover of more than €300 million. Headquartered in Campogalliano, Modena, the company was established in 1850 and now operates from 28 locations across Europe, including four depots in Romania.

Danilo Montecchi, CEO of Transmec Group, said: “The new service forms part of our highly successful collaboration with P&O Ferrymasters over the last 30 years. We are already planning our next steps, while also focusing on the ongoing development of our existing intermodal services between Oradea and Zeebrugge and Piacenza.”

P&O Ferrymasters is a leading pan-European provider of logistics solutions. The company serves 20 strategic locations in 13 countries across the continent, operating integrated road, rail and sea links via a fleet of more than 5,000 trailers and containers.

The company is part of P&O Ferries, which sails on eight major routes between Britain, France, Northern Ireland, the Republic of Ireland, Holland and Belgium. It operates more than 20 vessels which carry 8.4 million passengers and 2.3 million freight units every year. P&O Ferries is part of DP World, a leading enabler of global trade and an integral part of the supply chain.