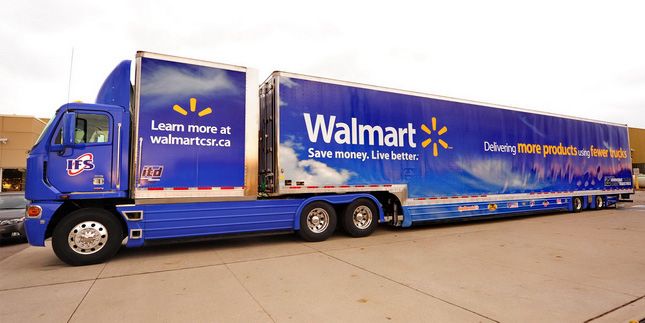 Government-backed trial shows benefits of LSTs to the environment and the economy while raising the maximum weight of some trucks could help shift more cargo from road-only journeys onto rail, therefore cutting emissions and congestion

Industry body Logistics UK has welcomed an announcement by the government of a consultation on the use of longer semi-trailers (LSTs) on the UK’s roads while also responding positively to its proposals to start a trial of slightly heavier HGVs.

“An industry trial earlier has shown the benefits to the environment and the economy on the use of LSTs, and with the ability to carry more goods per journey than traditional trailers, they present a cost-efficient, environmentally prudent alternative to current transportation options -it is good news that the government has taken heed of the findings,” commented Phil  Lloyd, head of Engineering Policy at Logistics UK.

“If our industry can move the same amount of goods with fewer journeys, the environment, the economy and other road users will benefit - Logistics UK is supporting the switch to LSTs wholeheartedly and is grateful for the opportunity to consult on these vital vehicles.”

The Department for Transport (DfT) said a  trial of LSTs that has been underway for the past seven  years has shown that they’ve saved lorry drivers travelling millions of miles - cutting emissions and boosting productivity.

In the past year alone, the 2,600 vehicles involved in the trial have saved lorry drivers 33.5 million miles and 48,000 tonnes of CO2 - equivalent to taking over 20,000 cars off the road. The results also show the trailers were involved in fewer personal injury collisions compared with standard size HGVs.

Off the back of these positive results, the government has proposed to end the trials early and, through the consultation, seek views on whether LSTs should be allowed to permanently operate on roads across the UK.

UK Transport Secretary, Grant Shapps, commented: “Our freight industry keeps the country moving, delivering vital goods and services every single day  - which, as we all know, has never been more important than it is now, during the pandemic.

“These trials clearly show the benefits for business and the environment of using longer trailers. By determining the next steps to get them on our roads permanently, we can benefit industry and our economy, boost safety and cut emissions.”

The DfT is also launching a further consultation on proposals to start a trial of slightly heavier HGVs on UK roads, which could see the maximum weight of some trucks increased by four  4 tonnes to 48 tonnes.

The change suggested in the consultation would allow lorries to transport heavier containers direct to or from freight trains, helping to shift more cargo from road-only journeys onto rail, and therefore cutting emissions and congestion on our roads, further demonstrating government commitment to make haulage more environmentally friendly.

The proposed trial would operate on around 10 routes cleared as safe for use by 48-tonne vehicles, and would look at whether it encouraged a shift of goods from road to rail.

Logistics UK welcomed the  trial and supports the idea that the ability to operate at 48 tonnes for domestic intermodal journeys will improve efficiency within the supply chain and support the use of rail freight.

“While the consultation is ongoing until January 2021, it is proposed that the trial will allow six-axle articulated lorries to run at 48 tonnes by specific operators and will comply with existing constrains of the current road infrastructure, such as bridge capacity. As a result, some current routes may not be permissible,” Phil Lloyd noted.

“Those taking part in the trial will also be required to comply with other existing rules, such as maximum axle weights, and it is likely that they will be limited to a maximum journey length; currently proposed to be 50 miles. Operators are also required to be part of domestic intermodal - road and rail - operations.

“Currently the maximum laden weight for a six-axle articulated lorry on the roads of Great Britain is 44 tonnes. Allowing a 48-tonne operation would therefore enable a reduction in the number of journeys required to service each train, resulting in reduced road congestion and lower emissions.”

The consultations come ahead of “the ground-breaking Transport Decarbonisation Plan, which will set out a clear pathway to delivering transport’s contribution to reducing greenhouse gas emissions and meeting net-zero by 2050,” the DfT added.